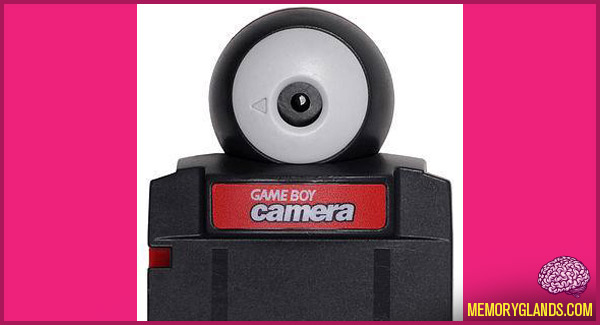 The Game Boy Camera is an official Nintendo accessory for the handheld Game Boy gaming console and was released in 1998. It is also compatible with all of the Game Boy platforms (with the exception of Game Boy Micro). The camera can take 256×224 (down scaled to half resolution on the unit with anti-aliasing), black & white digital images using the 4-color palette of the Game Boy system. The focal length is ~ 50 mm. It interfaced with the Game Boy Printer, which utilized thermal paper to print any saved images, making a hardcopy. Both the camera and the printer were marketed by Nintendo as light-hearted entertainment devices aimed mainly at children in all three major video game regions of the world: Japan, North America, and Europe. N64 Magazine (which has since been superseded by NGamer) dedicated a monthly section to the device.

The Game Boy Camera comes in five different standard colors: blue, green, red, yellow and clear purple (Japan only). There was also a limited edition gold The Legend of Zelda: Ocarina of Time version, which contains different stamps from the standard versions and was available only in the USA through a mail order offer from Nintendo Power.

The game has numerous references to other Nintendo products. Also, there are a few differences between the North American and Japanese versions, including the unlockable B album pictures and the stamps that can be placed on pictures.