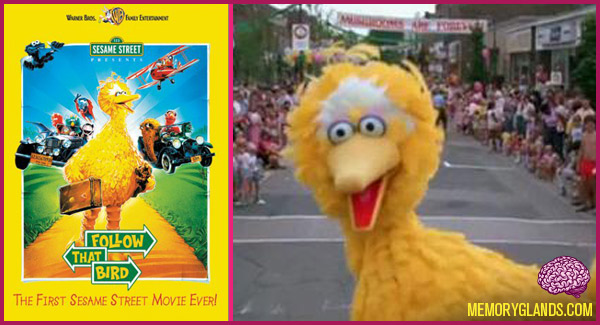 Sesame Street Presents: Follow That Bird (commonly shortened to Follow That Bird) is a 1985 American road film directed by Ken Kwapis, starring many Sesame Street characters (both puppets and live actors). This was the first of two Sesame Street feature films, followed in 1999 by The Adventures of Elmo in Grouchland. The film was produced by the Children’s Television Workshop and Warner Bros..