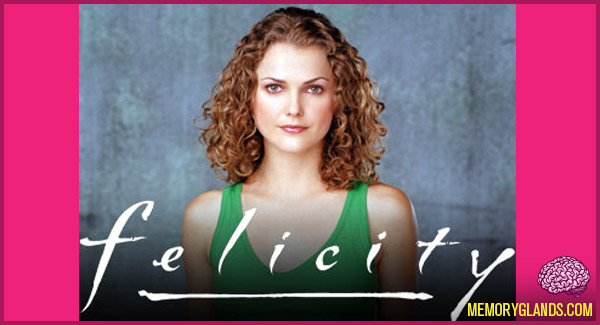 Felicity is an American prime time television drama series that was produced by Touchstone Television and Imagine Television for The WB Television Network. The series revolves around the fictional college experiences of the title character, Felicity Porter, played by Keri Russell, as she attends the “University of New York”, based on New York University, across the country from her home in Palo Alto, California.

The show ran for four seasons from 1998 to 2002, with each season corresponding to the traditional freshman, sophomore, junior, and senior years students attend at universities. The series was created by J. J. Abrams and Matt Reeves. Brian Grazer and Ron Howard were executive producers through Imagine Entertainment. A recurring episode opener of the show is a stark camera shot of Felicity sitting in a dorm room or apartment holding a tape recorder, recalling events in order to make a cassette tape to send to an old friend named Sally Reardon (voiced by Janeane Garofalo). This occasionally provides a method for Felicity to narrate an entire episode. At the end of episodes like this, Felicity is often shown to be listening to a tape that Sally has sent in reply.