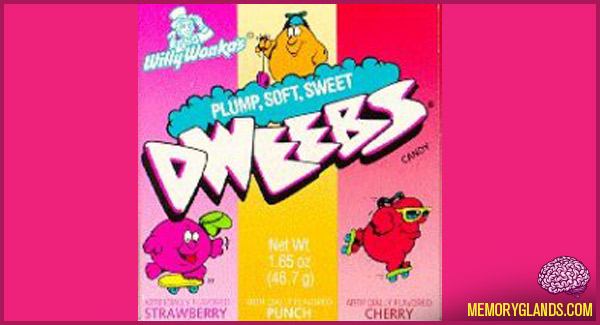 Dweebs (“Cousins to Nerds”) were a larger, soft and chewy version of the popular candy Nerds produced by the Willy Wonka Candy Company. They were introduced in the early 1990s, and were only available for a few years before they were discontinued. Although they were slightly softer than Nerds, they were difficult to distinguish from Nerds themselves and thus lasted a very short time on the market.