Dinosaucers is an animated television series created by DIC Entertainment in association with Ellipse Programmé that originally aired in syndication in the USA in 1987 by Coca-Cola Telecommunications. 65 total episodes were made and the show only lasted one season during the 1987-1988 television season. The cartoon was animated overseas in Japan by Madhouse.

There were originally plans to release a Dinosaucers toyline, and prototype figures were produced; however the line was scrapped after the show was cancelled. The toys included Stego, Bronto-Thunder, Allo, Bonehead, Plesio, Quackpot, Ankylo, and Genghis Rex. 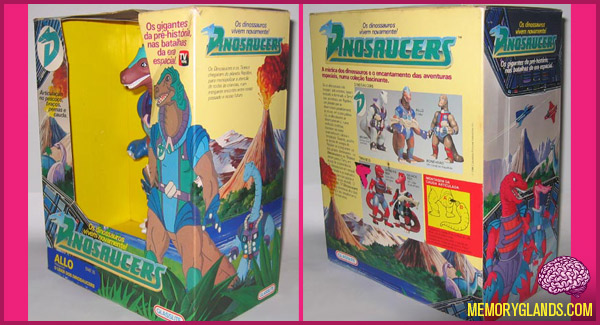