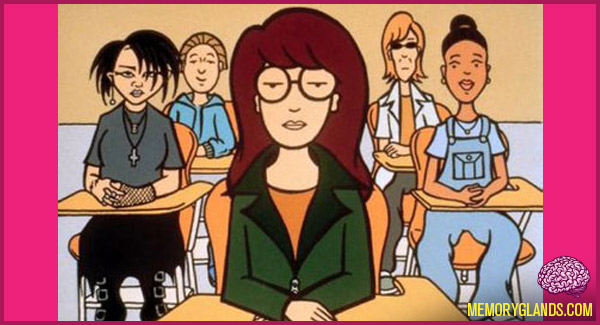 Daria is an American animated television series created by Glenn Eichler and Susie Lewis Lynn for MTV. The series focuses on Daria Morgendorffer, a smart, acerbic, and somewhat misanthropic teenage girl who observes the world around her. The show is set in the fictional suburban American town of Lawndale and is a satire of high school life, and full of allusions to and criticisms of popular culture and social classes.

Daria is a spin-off of Mike Judge’s animated Beavis and Butt-head series, in which Daria appeared as a recurring character. Originally broadcast from 1997 to 2002, the series was widely praised for its versatile storytelling and well-drawn characters.