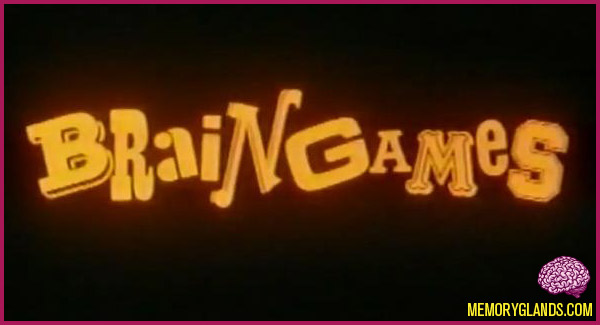 Braingames was an educational program shown on HBO in the mid-1980s. It was a half-hour program consisting of brain-teasing animated skits (either stop-motion or cartoon) designed to make the viewers think.

The series pilot was aired in 1983, with another five episodes made in 1984-1985 with new games and a few brought back from the pilot. After that, an episode called “The Best of Braingames” was made which had five of the best Braingames games from episodes 1, 3, and 4, plus a special episode of “The Riddler” where Chuck Roast read off the winners of a contest for “The Absotively Posolutlely Worst Riddle in America”. Every episode in the series ends with a sad and teary voice saying, “Braingames is now…over.” On the final episode, an even sadder voice says, “Braingames is now over…for good.”