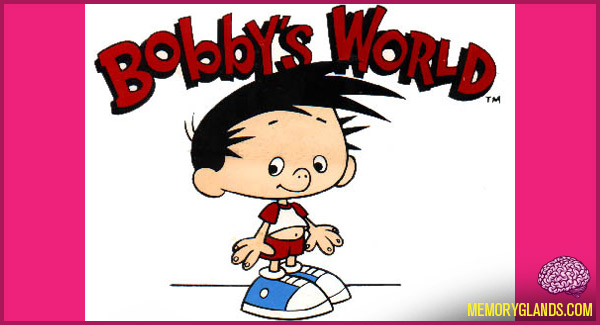 Bobby’s World is an American animated television series, which ran from 1990 to 1998, on FOX Kids. It was about the daily life of Bobby Generic and his very overactive imagination on how he sees the world. The show was created by Canadian actor-comedian Howie Mandel. Mandel also provided the voice of both Bobby and his father Howard Generic, who looks like a cartoon version of Mandel himself. It was produced by Film Roman for Alevy Productions and FOX Kids Productions. The theme song for Bobby’s World was composed by John Tesh, along with Michael Hanna.