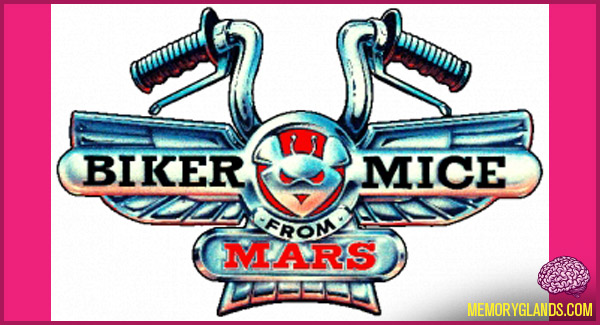 Biker Mice From Mars is a science fiction animated series created by Rick Ungar that began airing in 1993 in the United States and lasted for three seasons before it was cancelled. It is about three anthropomorphic mice motorcyclists named Throttle, Modo, and Vinnie who escaped a war on their home planet Mars.