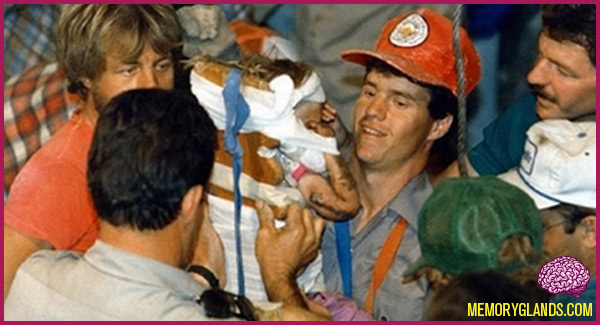 Jessica McClure Morales (born March 26, 1986) became famous at the age of 18 months after falling into a well in the backyard of 3309 Tanner Dr. Midland, Texas, on October 14, 1987. Between that day and October 16, rescuers worked for 58 hours to free “Baby Jessica” from the eight-inch-wide well casing 22 feet below the ground. The story gained worldwide attention (leading to some criticism as a media circus), and later became the subject of a 1989 ABC TV movie. As presented in the movie, a vital part of the rescue was the use of the then relatively new technology of waterjet cutting.