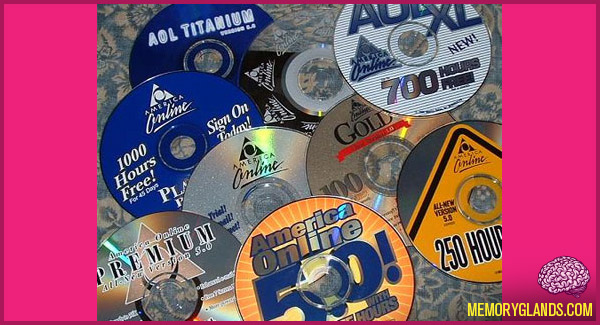 Prior to 2006, AOL was infamous for the unsolicited mass direct mail of CD-ROMs and 3½” floppy disks containing their software. They were the most frequent user of this marketing tactic, and received criticism for the environmental cost of the campaign. The mass distribution of these disks was seen as wasteful by many people and led to protest groups. One such was No More AOL CDs, a web-based effort by two IT workers to collect one million disks with the intent to return the disks to AOL. The website was started in August 2001, and an estimated 410,176 CDs were collected by August 2007 when the project was shut down. AOL CDs were recognized as #1 on PCWorld’s top ten list of most annoying tech products.