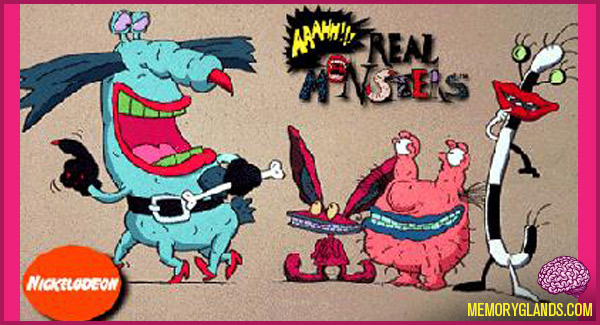 Aaahh!!! Real Monsters is an American animated television series about adolescent monsters in training, developed by Klasky Csupo for Nickelodeon. The show ran for four seasons on Nickelodeon’s main United States cable channel and was rerun on Nicktoons Network until 2006. This was the first Nickelodeon series to be owned by Viacom.

The show focuses on three monsters in particular (Ickis, Oblina and Krumm), who attend an institute for monsters under a city dump and learn to frighten humans. Many of the episodes revolve around the monsters making it to the surface in order to perform “scares” as class assignments.