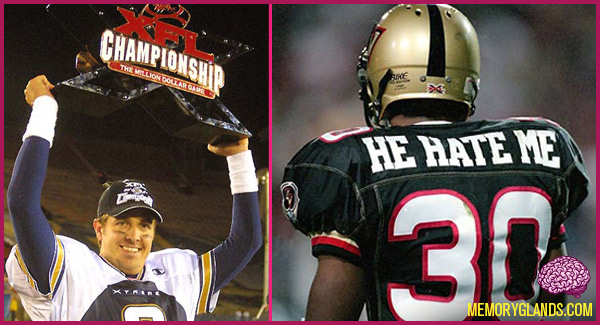 The XFL was a professional American football league that played for one season in 2001. The league was founded by Vince McMahon, the Chairman of the Board of Directors of World Wrestling Entertainment (formerly known as the World Wrestling Federation, Inc.). The XFL was intended to be a major professional sports league complement to the offseason of the NFL, but it failed to find an audience and folded after its first and only season.

Cool things about the XFL? He Hate Me, the cheerleaders, and the opening sprint to midfield for possession of the football instead of a coin toss.