Pinky And The Brain 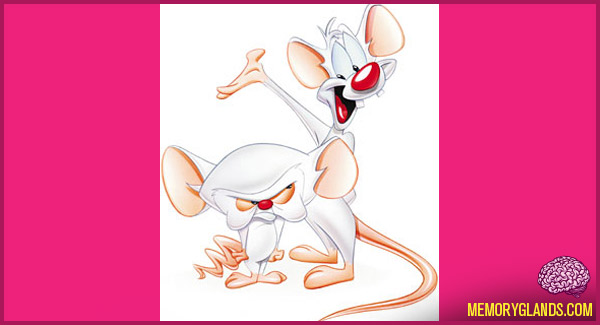 Pinky and the Brain is an animated television series and spinoff of Animaniacs starring Pinky and the Brain. The show ran from 1995 to 2001 on Kids’ WB!. The pair later spun off into their second and last series, Pinky, Elmyra & the Brain and paired with Tiny Toons star, Elmyra Duff.