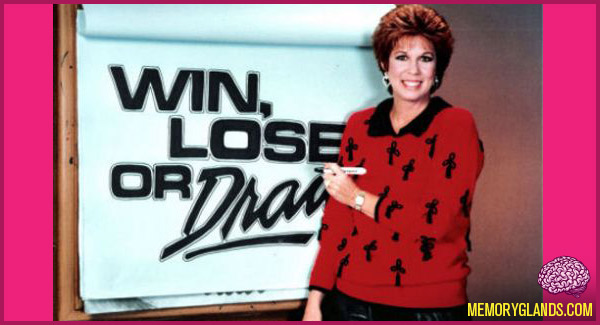 Win, Lose or Draw is an American television game show that aired from 1987 to 1990 in syndication and on NBC. It was taped at CBS Television City, often in Studios 31, 33, and 43 at various times. It was co-produced by Burt & Bert Productions (headed by Burt Reynolds and Bert Convy, the original host of the syndicated version) and Kline & Friends for Disney’s Buena Vista Television.