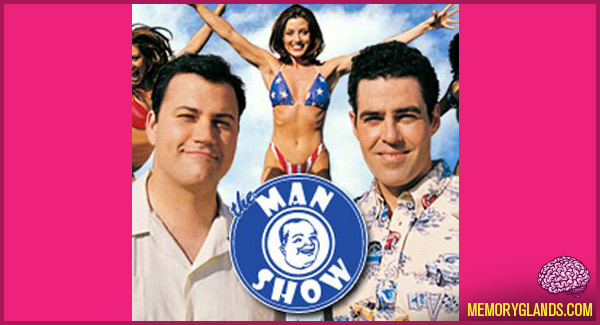 Great things from The Man Show: the Juggies, the Fox and his beer chug, the original hosts (Joe Rogan and Doug Stanhope sucked ass), the Wheel of Destiny, the Man Show boy, and did I mention the Juggies?