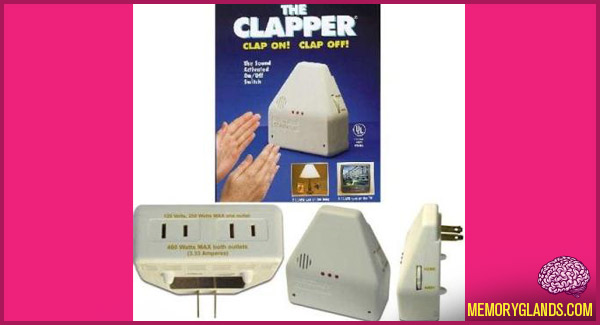 The Clapper is a sound activated electrical switch, sold by San Francisco, California based Joseph Enterprises, Inc and marketed with the slogan “Clap On!” and as a separate phrase “Clap Off!”. The Clapper works with any American standard electrical outlet.

The Clapper, whose slogan is “Clap On! Clap Off!”, was first sold to the public on September 1, 1985. The melody of the jingle used in the commercials (“Clap on, clap off…”) had been used earlier back in the mid 1980s for Sine-Off cold medicine, in a commercial featuring women at an army base.