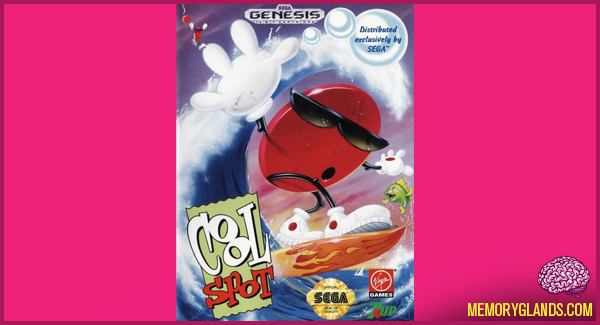 Cool Spot was a mascot for 7 Up beginning in the late 80s. During this time, the red spot in the 7 Up logo was anthropomorphized: given arms, legs, a mouth, and sunglasses. British video games developer Virgin Interactive produced a platform game starring the 7 Up Spot, entitled Cool Spot. Set in a vivid beach/seaport, it was praised for its challenging gameplay and smooth graphics, as well as most of its background music by Tommy Tallarico, for which it won awards. The game won many fans, even among those who were turned off by the commercial connections or in areas where the mascot was not used. It was originally programmed at Virgin Games USA by David Perry for the Mega Drive/Genesis, and then ported by other teams to other systems.