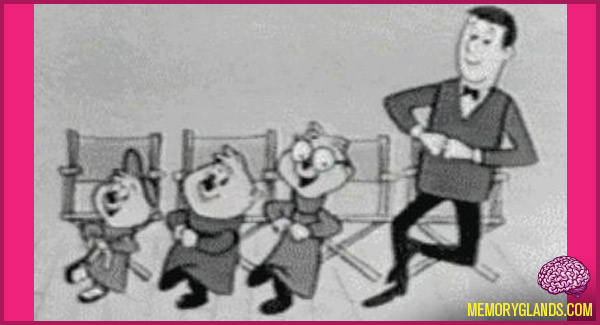 The Alvin Show is an American animated television series. It was the first to feature the singing characters Alvin and the Chipmunks, although a series with a similar concept The Nutty Squirrels Present had aired a year earlier.

It lasted for one season in prime time (October 4, 1961 – September 12, 1962) on CBS (Wednesdays, 7:30-8pm Eastern), originally sponsored by General Foods (Jell-O, Post cereals), and initially telecast in black and white (color prints of the episodes were not seen until the series entered syndication in the fall of 1965).