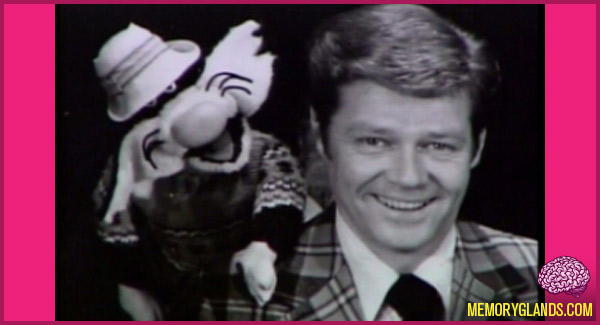 The late Jack DuBlon (October 28, 1929 – July 25, 1988) was the puppeteer behind the Brooklyn-accented Albert the Alley Cat, Albert’s twin brother, Filbert, Alice the Alligator, the cigar-chomping Rocky and all the other non-human denizens of Cartoon Alley, which appeared on WITI-TV6 in Milwaukee, Wisconsin. DuBlon, who was born in Chicago, created Albert and Cartoon Alley in 1956 for a television station in Midland, Texas. He moved to Milwaukee as a WITI staff announcer in 1960 and a year later, on April 1, 1961, the Milwaukee version of Cartoon Alley began airing. It initially ran Saturday mornings at 10:30AM, and Monday through Friday afternoons from 5:00PM – 5:55PM. Joined by TV6’s “weather-girl”, Barbara Becker, Albert the Alley Cat introduced cartoon features such as Courageous Cat and Minute Mouse, the Max Fleischer/Famous Studios Popeye’s, Casper and the Harveytoons, Tales of the Wizard of OZ, The New Adventures of Pinocchio, Touché Turtle, Wally Gator, Lippy and Hardy, The King and Odie, The Hunter, Tooter Turtle, The Mighty Hercules and later (after Milwaukee’s WISN-TV failed to renew them) the AAP package of Warner Brothers cartoons. The weekday version of the show shifted from afternoon to mornings on January 8, 1962.