Tales From The Darkside 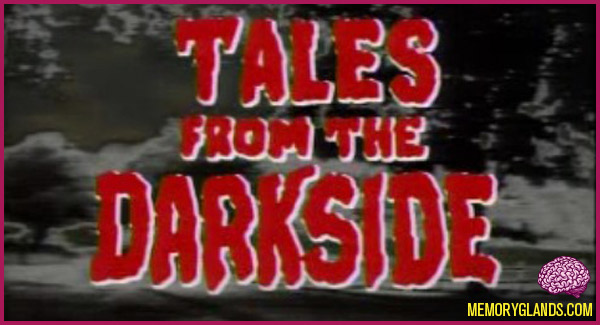 Tales from the Darkside is an anthology horror TV series created by George A. Romero; it originally aired from 1983 to 1988. Similar to Amazing Stories, The Twilight Zone, Night Gallery, The Outer Limits, Tales From The Crypt, and Lee Martin’s The Midnight Hour, each episode was an individual short story that ended with a plot twist. The series’ episodes spanned the genres of horror, science fiction, and fantasy, and some episodes featured elements of black comedy or more lighthearted themes.