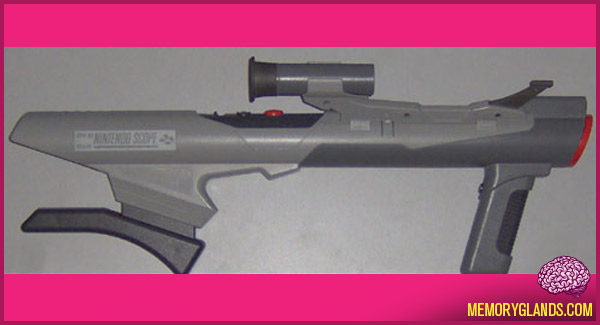 The Super Scope, or Nintendo Scope in Europe and Australia, is the official Super Nintendo light gun. The successor to the NES Zapper, the Super Scope was released in the European and North American markets, with a limited release in Japan due to a lack of consumer demand. It is a wireless gun and uses an infrared receiver which plugs into the right port of the console, comparable to the Menacer for the Sega Mega Drive/Genesis. It has two action buttons, a pause button, a power switch and is powered by six AA batteries.