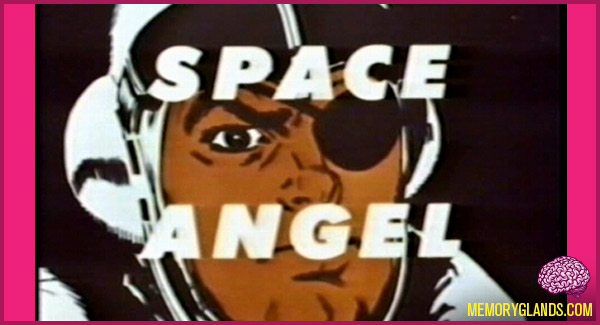 Space Angel was an animated science fiction television series produced in the United States from early 1962 through 1964. It used the same Synchro-Vox lip technique as Clutch Cargo, the first cartoon produced by the same studio, Cambria Productions.

This animated series was broadcasted in Italy in the early 80’s in syndication with a beautiful Italian dubbing, under 2 different titles: Avventure nello Spazio (that means in English Space Adventures) and Pattuglia nello spazio (in English Space Patrol). Space Angel today is completely forgotten in that country because it ran a long time ago and only on little private local Tv stations (often with so much interferences and noises and most people watched it on black and white Tv units, so the few of them that remember the show today don’t even know that it’s in full colour!).