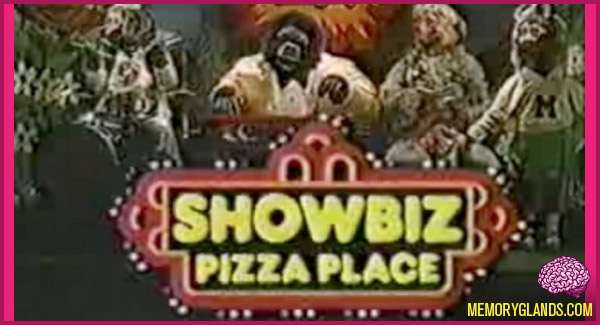 ShowBiz Pizza Place was a restaurant chain popular in the 1980s. Its history is greatly intertwined with that of its main competitor and eventual successor, Chuck E. Cheese’s Pizza Time Theatre. Both companies found early success, owing partially to the rise in popularity of arcade games at the time. The basic concept was to offer pizza, a large selection of arcade games, and an animatronic stage show as a complete package of food and entertainment. The largest difference between the two, and easiest way to distinguish the two chains, was the different robotics and the mascots that each concept used. The mascot for Showbiz was Billy Bob, an overall-clad hillbilly bear.