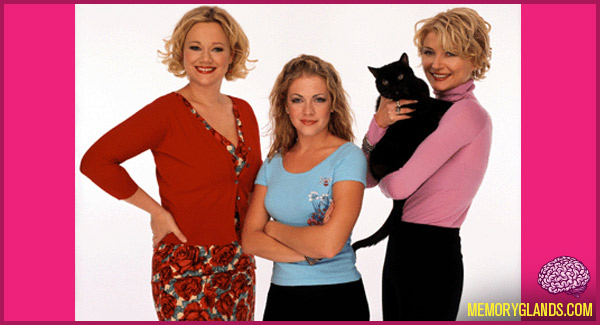 Sabrina, the Teenage Witch is an American sitcom based on the Archie comic book series of the same name. The show premiered on September 27, 1996 to over 17 million viewers in its ‘TGIF’ line-up.

The show stars Melissa Joan Hart as Sabrina Spellman, an American teenage witch who on her 16th birthday discovers she has magical powers. She lives with her 500-year-old aunts, European witches Hilda (played by Caroline Rhea) and Zelda (played by Beth Broderick), and their magical talking cat Salem (voiced by Nick Bakay) in the fictional town of Westbridge, Massachusetts. Sabrina also has many love interests during the course of the series, most notably her high school boyfriend Harvey Kinkle (played by Nate Richert).

Its first four seasons aired on ABC from September 1996 to May 2000; the final three seasons ran on The WB Television Network from September 2000 to April 2003.