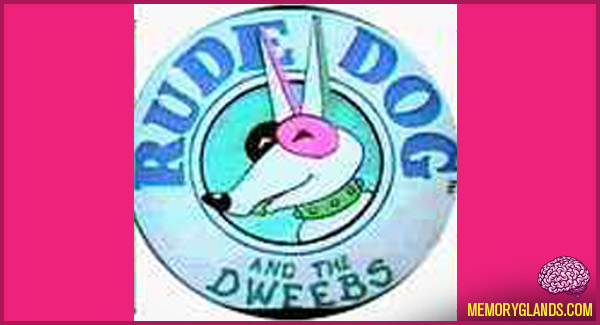 Rude Dog is a fictional white cartoon dog originally created by artist Brad McMahon while under contract to Sun Sportswear in the 1980s as part of a line of surfing- and skateboarding-related clothing.

To further market the character, Sun also developed a Saturday morning cartoon entitled Rude Dog and the Dweebs. Rude Dog and the Dweebs was as colorful as the clothing it advertised. The punkish pooch himself drives a 1959 pink Cadillac across a backdrop of Beverly Hills imagined in hues of pastel and neon.

The show debuted on CBS in 1989 and ran for one season. It also spawned home entertainment releases by Celebrity Home Entertainment through their Just for Kids Home Video label.