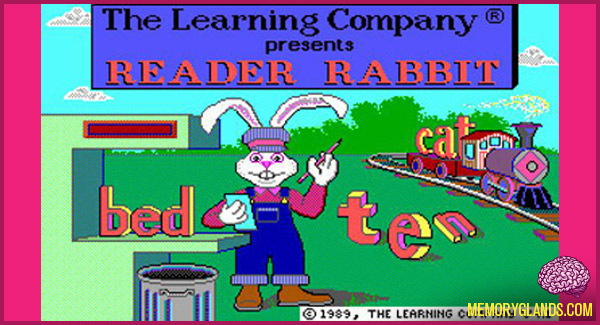 Reader Rabbit is an edutainment software franchise created in 1986 by The Learning Company. This series currently makes up the greater part of a franchise of grade-based and subject-based titles, where the games for infancy through second grade feature Reader Rabbit. The games for third grade through sixth grade instead feature The ClueFinders.

The first game in the series taught language arts, featuring a variety of simple games designed to teach schoolchildren basic reading and spelling skills. Originally, the title character’s name was changed to reflect a change in subject, as with Math Rabbit, but it has apparently since been decided to retain the character’s original name regardless of the subject area covered by a particular game. “Reader Rabbit” is presumably a play on “Peter Rabbit.”

In 2011, the franchise announced that it would be releasing a game for the Nintendo Wii.