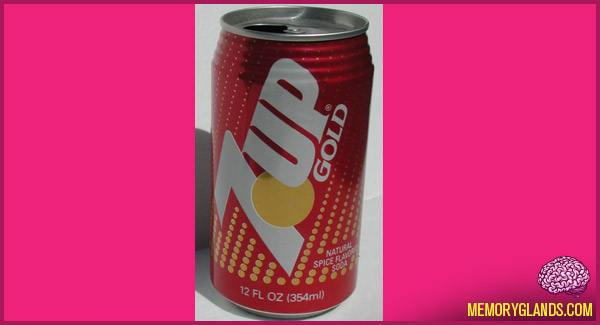 7 Up Gold was marketed for a short time in 1988 as a spice-flavored beverage, similar to Vernor’s Ginger Ale. Even though 7 Up’s marketing slogan at that time was Never Had It, Never Will (referring to caffeine), 7 Up Gold did list caffeine as one of its ingredients. It was introduced by 7 Up in the hopes of capturing 1% of the cola market. However, it only captured one-tenth of one percent of the cola market apparently because people were confused by 7 Up marketing a soft drink with caffeine, and therefore it was discontinued. The 7 Up Gold recipe was actually an unused Dr. Pepper invention.