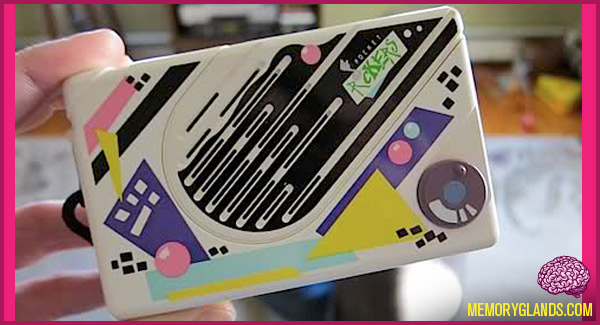 Pocket Rockers was a brand of personal stereo produced by Fisher-Price in the late 1980s, aimed at elementary school-age children. It played a proprietary variety of miniature cassette (appearing to be a smaller version of the 8-track tape) which was released only by Fisher-Price themselves. Each tape had two songs. Tapes were available from several pop stars, including Bon Jovi, Whitney Houston, The Bangles, Tiffany and Debbie Gibson. They were designed to be as much a fashion accessory as a music player, and for a brief period they were enough of a youth craze to be banned in some schools. The advertisements featured a song in the tune of Creedence Clearwater Revival’s “Down on the Corner”. The Pocket Rockers line was discontinued in 1991, following a sharp decline in sales. Today, the player and cassettes are sought after by collectors. 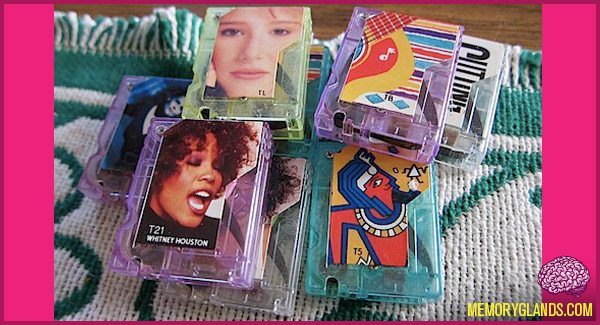