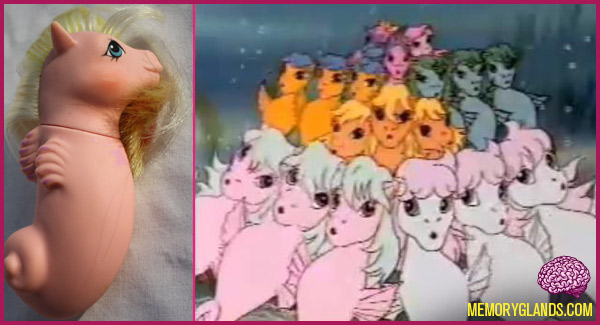 The Seaponies are brightly colored seahorse-like creatures who dwell in the rivers and lakes of Dream Valley. They love underwater polo and can perform elaborate songs and dance numbers. They were first released in 1983 and only appeared in the two Generation 1 Specials. The Seaponies are based on the Hippocamp, a mythological creature shared by Phoenician and Greek mythology. A sub-line of the Seaponies called Baby Seaponies debuted later in 1985 and later in My Little Pony: The Movie.