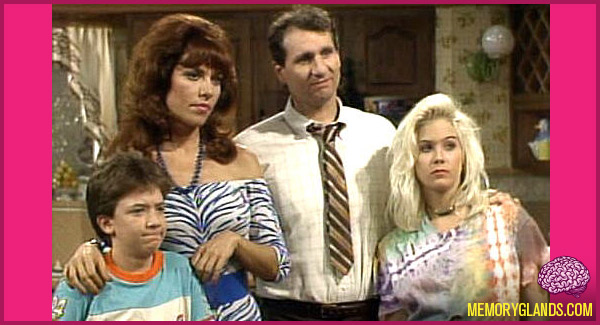 Married… with Children is an American sitcom that aired for eleven seasons that featured a dysfunctional family living in Chicago. The show, notable for being the first prime time television series to air on Fox, ran from April 5, 1987, to June 9, 1997. The show was known for handling non-standard topics for the time period, which garnered the then-fledgling Fox network a standing among the Big Three television networks (ABC, CBS and NBC). The series’ 11-season, 262-episode run makes it the longest-lasting live-action sitcom on the Fox network. The show’s famous theme song is “Love and Marriage” by Frank Sinatra from the 1955 television production Our Town.