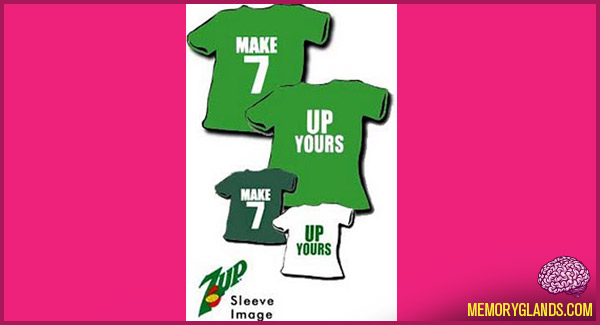 In conjunction with the 1999 marketing slogan “Make 7 Up Yours”, 7 Up distributed shirts that said “Make Seven” on the front and “Up Yours” on the back. Television and radio advertisements featured Orlando Jones walking down a street talking about 7 Up with people seemingly angry or shocked by the risqué phrase “up yours”. The ads and slogan quickly became popular, and the campaign lasted until 2005.