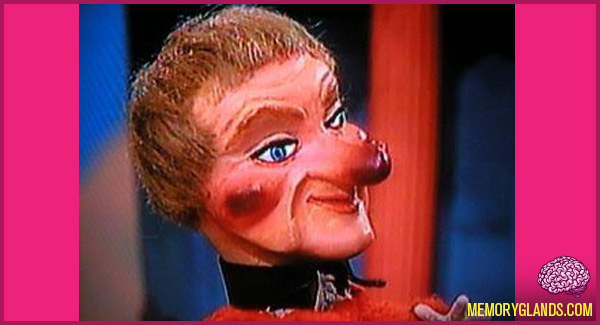 The outspoken, cranky schemer who took over the Museum-Go-Round after the Froggs moved; often known to say “Okay, toots.” She is generally the antagonist when a storyline calls for one, but her neighbors are quick to forgive her because they understand her so well. One of her prized possessions is her Boomerang-Toomerang-Zoomerang, with which she can literally turn the neighborhood and the people in it upside-down; but usually, when she is caught, she uses the same, to put things back to normal. It is discerned during the series that she has low self-esteem and is extremely self-conscious, and because of this, her neighbors are extremely patient with her until she finally learns her lesson. Despite her own faults, she consistently shows King Friday when he is wrong about something and frequently goes to extremes (such as physically moving her museum or modifying a comet) to do so. She has a strong affection for Roosters, all things astronomical, and like Fred Rogers, is a vegetarian. In one series of episodes, she flew to outer space and encountered Planet Purple, where everybody was exactly the same. She was one of Betty’s brides-maids, along with Lady Aberlin, at Betty and James’ wedding. Her favorite color is red. She is afraid of vacuum cleaners and regards them as weapons. In one episode she attempts to destroy all vacuum cleaners that are not in her possession. At the end of the program Mr. Rogers says to the audience “I’m glad you’re old enough to talk about your problems and not just wipe things out like Lady Elaine”. She plays the accordion occasionally and is also an unofficial “auntie” to Prince Tuesday. She first appeared in episode 5 of Mister Rogers’ Neighborhood, and is named after Fred’s adopted sister.