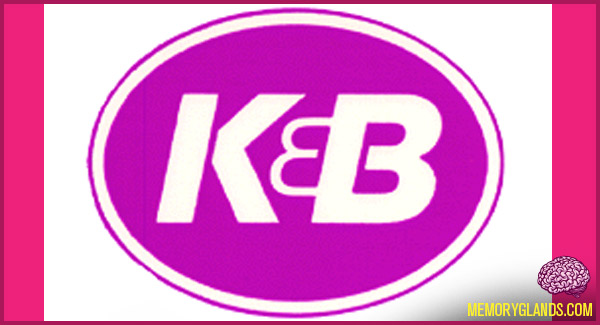 K&B (Katz and Besthoff) was a drug store chain headquartered in New Orleans. Founded in 1905, it expanded to have stores in the United States Gulf Coast region until it was purchased by Rite Aid in 1997.

Gustave Katz partnered with Sydney J. Besthoff at 732 Canal Street, New Orleans in 1905, and continually expanded through the 20th century to become a regional chain. It was well known for its unique purple color, with everything in the store (signs, cash registers, employee uniforms, etc.) being “K&B Purple”. This color became well known as a descriptive term in the local lexicon – as one might describe something as “forest green”, New Orleanians still describe a particular shade of purple as “K&B purple.”

K&B had many of its own private label items, including household goods such as logo ice chests and garbage cans (in purple), its own liquor line with names typically beginning with the letters K&B and the YENDIS (Sidney spelled backwards)Liquor brand, and for a time a brand of beer. While the majority of K&B brand products were inexpensive non-descript products locally regarded as just above a generic brand, the line also included well regarded products such as the much beloved line of K&B ice cream; the distinctive K&B Creole Cream Cheese ice cream and it’s “talking ice cream freezer display case” TV commercials were local favorites. K&B had its own credit card operation too and since its credit policy was so stringent it became a badge of honor to be awarded a K&B credit card.