Just The Ten Of Us 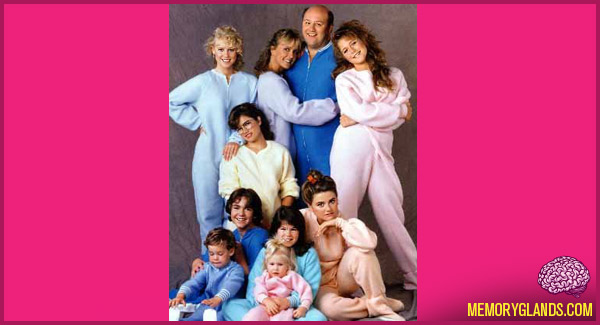 Just the Ten of Us is an American sitcom starring stand-up comedian Bill Kirchenbauer as Coach Graham Lubbock, a teacher and the head of a large Catholic family with eight children living in Eureka, California. The series is a spin-off of Growing Pains, in which Kirchenbauer portrayed the same character on a recurring basis. As the series progressed, Coach Lubbock’s four eldest daughters, the teenagers Marie (Heather Langenkamp), Cindy (Jamie Luner), Wendy (Brooke Theiss), and Connie (JoAnn Willette), became the primary focus of the show.

Just the Ten of Us aired on ABC starting with a trial run on April 26, 1988 and ending on May 17, 1988. After the first four episodes in an abbreviated first season were aired, the show was renewed for two more seasons, eventually ending after 47 episodes on May 4, 1990. The show was most notably a part of what would become that network’s TGIF programming block.