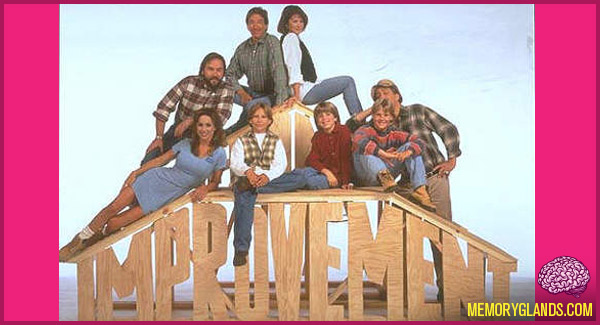 Home Improvement is an American television sitcom starring Tim Allen, that aired from September 17, 1991 to May 25, 1999. In the 1990s, it was one of the most watched sitcoms in the American market, winning many awards. The series launched Tim Allen’s acting career and also was the start of the television career of Pamela Anderson, who was part of the cast for the first two seasons. The show’s title is a pun: it refers to physical improvement of houses, as well as to improving life with family, friends, work, and school.