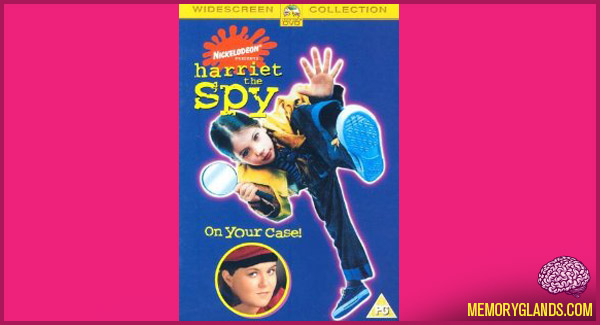 Harriet the Spy is a 1996 film adaptation of the 1964 novel of the same name by Louise Fitzhugh, and starring Michelle Trachtenberg as the title character.

This film was directed by Bronwen Hughes, produced by Paramount Pictures, Nickelodeon Movies and Rastar. This was the first film that was produced under the Nickelodeon Movies banner, and the first of two film adaptations of the Harriet the Spy books. In theaters, the pilot episode of Hey Arnold! was shown before the film.