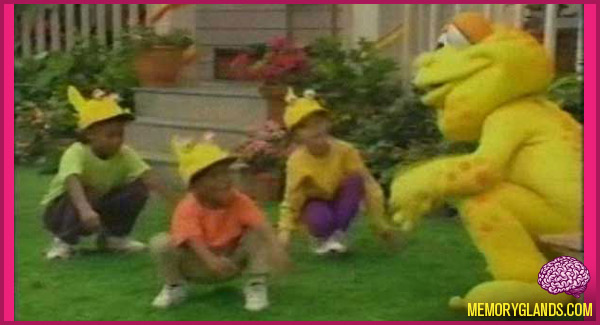 Gullah Gullah Island is an American children’s television series starring Ron Daise and his wife Natalie Daise. It was the first show designed for preschoolers to feature a Gullah family.

The show stars Ron Daise and Natalie Daise as “Ron” and “Natalie,” along with their fictional children Shaina and James, niece (Vanessa), non-fictional child Simeon and fictional tadpole, Binyah Binyah Polliwog. The family lived on an island off the coast of South Carolina. The Downtown area was featured in one episode when the family took a trip to Charleston.

The show was taped and recorded at Nickelodeon Studios in Orlando at Universal Studios Florida, with the show Clarissa Explains It All shot on the same set (interior and exterior). Modifications were made, like adding various shades of red to the home as shown on Gullah Gullah. The backyard was used on earlier episodes of All That as well.

Episodes featured singing, dancing, learning and encouraging children in the audience to think about things like healthy eating, telling the truth and problem solving. The show ran for 3 seasons from 1994-1998, with a total of 78 episodes.