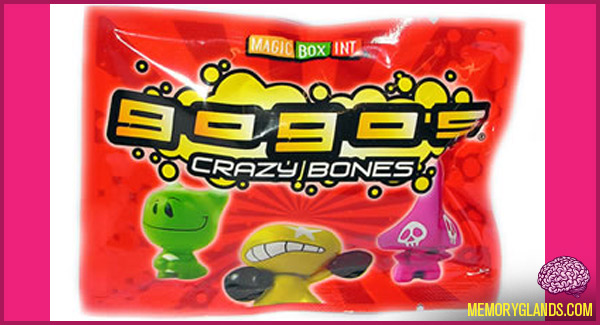 GoGo’s Crazy Bones (also referred to as Crazy Bones or GoGo’s) are small, collectible figurines that became popular fad during the 1990s and 2000s. They are produced by Catalan company Magic Box Int., and PPI Worldwide Group. They are distributed by Panini in Brazil, and Plus Marketing in Europe.