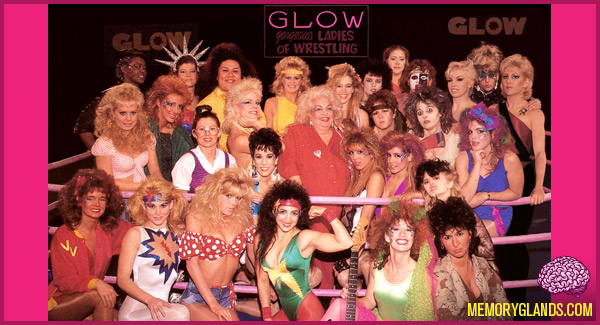 Gorgeous Ladies of Wrestling, also known as GLOW or G.L.O.W., was a professional wrestling promotion for women, begun in 1986 (the pilot was filmed in December 1985) and continued in various forms after it left television. Colorful characters, beautiful women, and over-the-top comedy sketches were integral to the series’ success. Most of the performers were actresses, models, dancers, and/or stunt women hoping to get in to show business through wrestling.