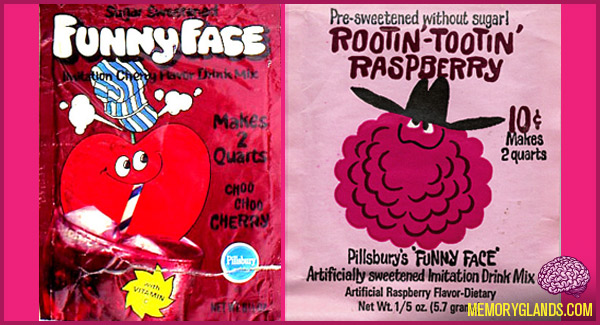 Funny Face was a powdered instant drink mix similar to Kool-Aid, marketed by Pillsbury in the 1960s and 1970s. They originally used calcium cyclamate as a sweetener, but because the U.S. Food and Drug Administration (FDA) banned the use of cyclamates, the sweetener was changed to saccharin, with the option of buying packets with no sweetener. The product line was sold to another company which limited the distribution and discontinued it in 1978. An animated series based on the drinks is being produced by Renegade Animation.