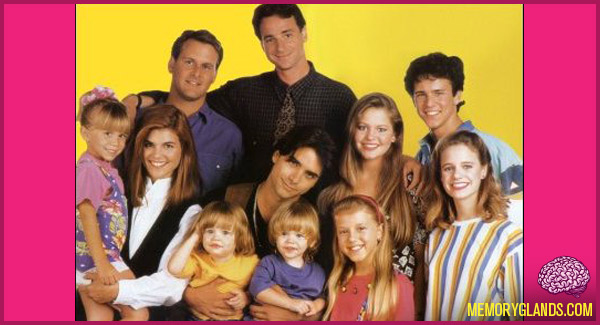 Full House is an American television sitcom that originally ran in primetime from September 22, 1987, to May 23, 1995, on ABC. The series ran as part of ABC’s TGIF Friday comedy lineup for its first four seasons before moving to Tuesday nights, where it aired for the remainder of its run—for a total of eight seasons, and 192 episodes. The show continues to be shown nationally in syndication on ABC Family and Nickelodeon Channels. Today, Bob Saget pretends to be very edgy by using a lot of profanity, but he just comes off looking like an asshole.