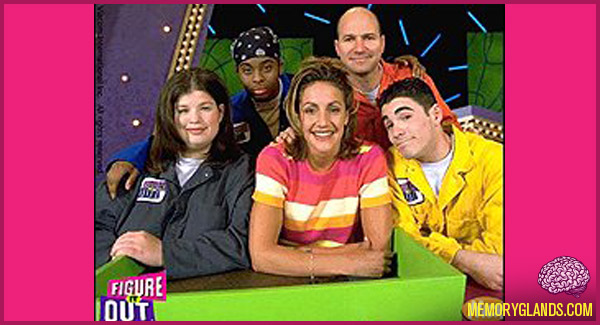 Figure It Out is an American children’s game show hosted by Summer Sanders that aired on Nickelodeon for four seasons from July 7, 1997 to December 12, 1999.

Kids with special skills or unique achievements competed as contestants on the show while a panel of four Nick celebrities tried to guess the predetermined phrase that described the contestant’s talent. The series is considered a loose adaptation of What’s My Line?, I’ve Got a Secret, and To Tell the Truth (three established panel shows, all created by Mark Goodson and Bill Todman).