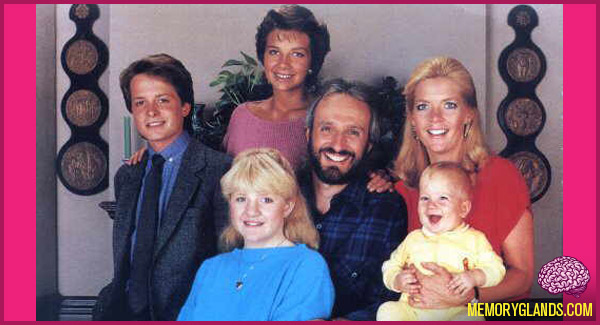 Family Ties is an American sitcom that aired on NBC for seven seasons, from 1982 to 1989. The sitcom reflected the move in the United States from the cultural liberalism of the 1960s and 1970s to the conservatism of the 1980s. This was particularly expressed through the relationship between young Republican Alex P. Keaton (Michael J. Fox) and his former-hippie parents, Elyse and Steven Keaton (Meredith Baxter-Birney and Michael Gross). The show won multiple awards, including three consecutive Emmy Awards for Michael J. Fox as Outstanding Lead Actor in a Comedy Series.