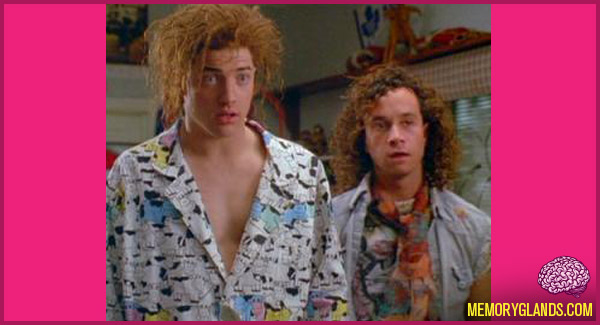 Encino Man is a 1992 comedy film directed by Les Mayfield and starring Brendan Fraser, Sean Astin and Pauly Shore. The plot revolves around two geeky teenagers from Encino, Los Angeles, California played by Astin and Shore, who discover a caveman in their backyard frozen in a block of ice. The caveman, played by Fraser, has to learn to live in the new 20th century. Along the way, he teaches them one or two things about life. It was followed by a TV movie sequel, Encino Woman, in 1996.