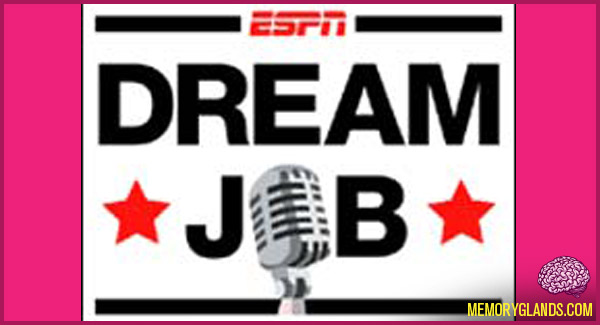 Dream Job is an American reality television show from ESPN, which began on February 22, 2004. It was the network’s second reality show, with two editions of Beg, Borrow & Deal having previously aired. However, this was the first reality show from a network to offer its winner an on-air place on one of its shows. The show was hosted by Stuart Scott.

The premise of Dream Job was to find a new anchor for ESPN’s popular sports news program, SportsCenter. The winner of Dream Job would get a one-year contract with the network, and would play a trivia quiz on SportsCenter to determine her or his annual salary. The winner would also receive a new Mazda 3. Every week, either one or two contestants would be cut from the show as the American viewing public and the show’s judging panel were allowed the power of whom they wanted to be cut from the show.