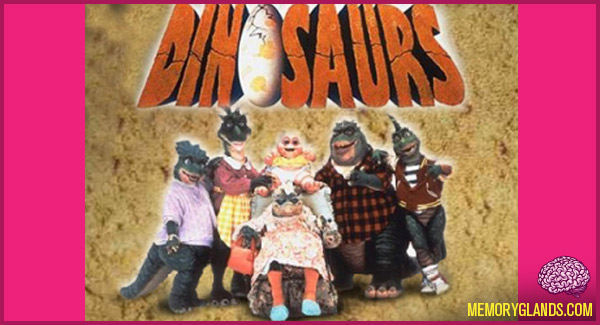 Dinosaurs is an American family sitcom that was originally broadcast on ABC from April 26, 1991 to July 20, 1994. The show, about a family of anthropomorphic dinosaurs, was produced by Michael Jacobs Productions and Jim Henson Television in association with Walt Disney Television and Buena Vista Television.

Unlike most sitcoms, Dinosaurs does not use a studio audience or a laugh track and uses voice actors for the characters, which are performed by different actors and puppeteers.