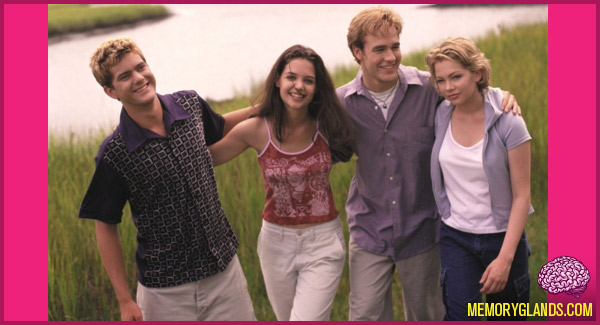 Dawson’s Creek is an American teen drama television series created by Kevin Williamson which debuted on January 20, 1998, on The WB and was produced by Sony Pictures Television. The show is set in the fictional seaside town of Capeside, Massachusetts, and in Boston, Massachusetts, during the later seasons. It portrays the fictional lives of a close-knit group of teenagers through high school and college. The program, part of a new craze for teen-themed movies and television shows in America in the late 1990s, catapulted its leads to stardom and became a defining show for The WB. The series ended on May 14, 2003. The show placed #90 on Entertainment Weekly’s “New TV Classics” list.