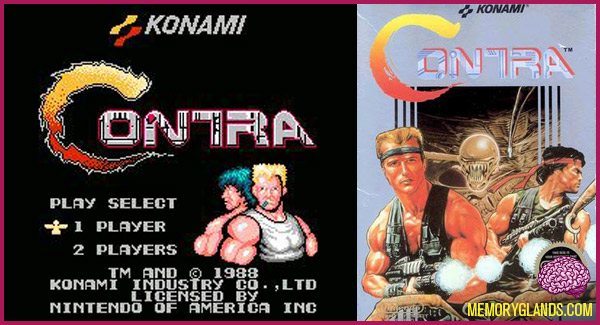 Contra, known as Gryzor in Europe and Oceania, is a 1987 run and gun action game developed and published by Konami originally released as a coin-operated arcade game on February 20, 1987. A home version was released for the Nintendo NES System in 1988, along with ports for various computer formats, including the MSX2.