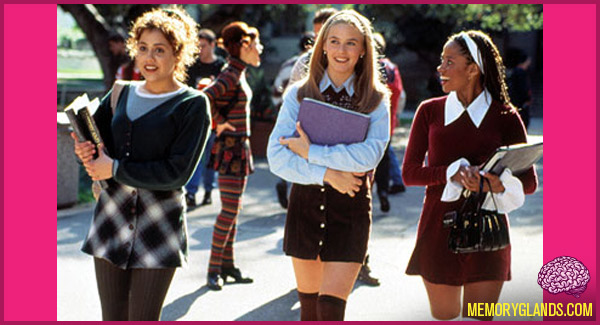 Clueless is a 1995 American comedy film loosely based on Jane Austen’s 1815 novel, Emma. It is set in Beverly Hills and a nearby high school. The film was released in the United States on July 19, 1995. The film stars Alicia Silverstone, Stacey Dash, and Brittany Murphy (now deceased). The film spun off a television show and a series of books. Whatever!